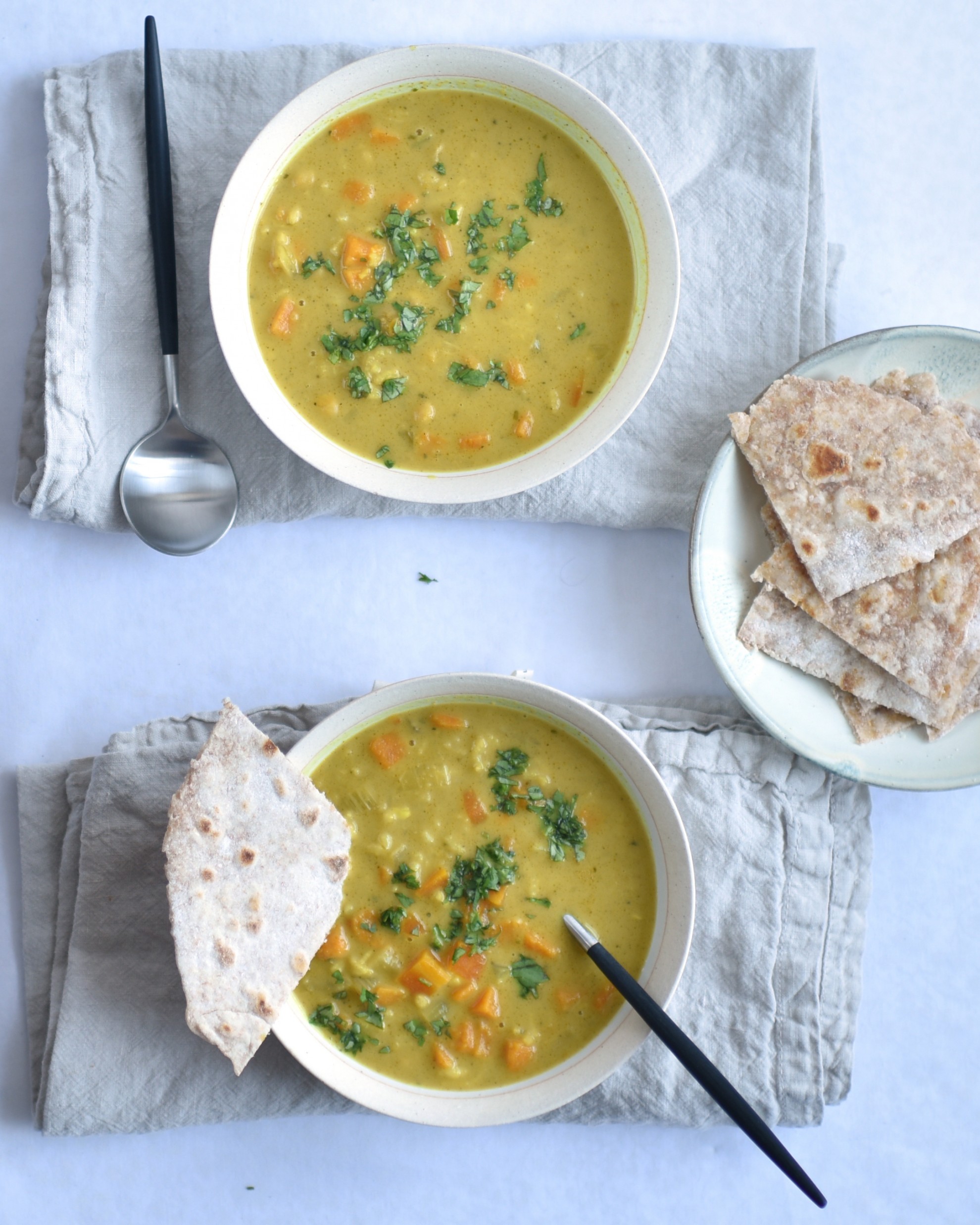 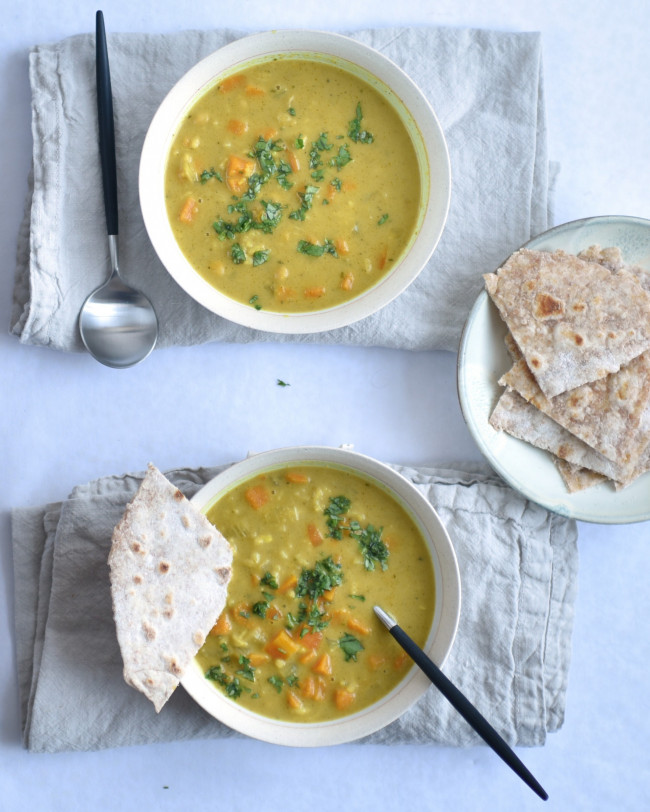 Mulligatawny is a hearty soup which is believed to have originated in Tamil Nadu, South India. The word mulligatawny translates as “chilli water”. The recipe was later adapted by the British during the colonial period, who added meat and vegetables to the original vegan recipe. This seasonal variation restores it to its vegan status but it remains hearty and nourishing, perfect for a cold winter’s day.

chargrilled broccoli with spaghetti and lemon and basil pesto

Marinated Kale and Rice Salad in a Jar

By The Original Dish