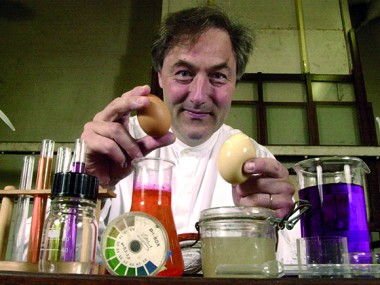 I arrived at the National Institute for Research in Agronomy in Paris at nine o’clock in the morning. Founded in the 19th century to study the chemistry of fertilisers for agriculture, it occupies a handsome yellow brick edifice in the quiet environs of the fifth arrondissement, not far from the Botanical Gardens of the Jardin des Plantes with its venerable museums of natural history, paleontology, entomology, minerals and evolution. I was there to meet Hervé This, the scientist who has been at the forefront of the new scientific discipline of molecular gastronomy that has changed the way chefs cook—turning mousses into gels and foams, determining the precise temperatures that denature meat proteins, understanding the complexities of the perception of taste itself. Now he is pushing the very idea of what food is to a new frontier. Having deconstructed cooking into chemical and physical principles, he wants to reconstruct flavour itself. He had finished his morning meeting with his PhD 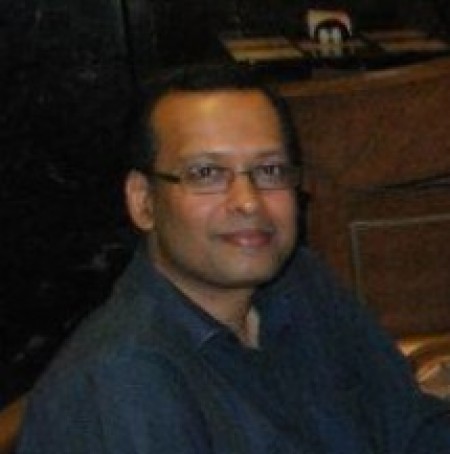 In Journey Through Molecular Gastronomy Magazine

Get ready to add to your Netflix queue with 100-plus romantic, kooky, strange, or otherwise memorabl...

Europe on a plate: The tastiest food festivals

From celebrations of cheeses to seafood showcases, Europe has treats galore on the menu this summe...

The event, a celebration of both street food and gourmet cuisine in Qatar, is spread over several zo...

This was a great year for pizza. We've graduated from 2013's astronaut pizza and The Pizza Undergrou...

It would seem Chef Thomas Keller would have reason to be satisfied. His flagship restaurant, The Fr...

Ten Most Important Chefs of My Lifetime

I chose my words carefully here. I was tempted to call this group "my ten favorite chefs of all time...

A bold boast maybe, but we proudly stand by it. Presenting 20 of the world’s best sandwiches by so...

How to Freeze Taquitos - Savvy Eats

My “how to freeze taquitos” experiment turned out to be a Goldilocks-style tale.  I tested them...

How to Build an Authentic Italian Hero from t

You know that feeling when you have to sneeze so bad, but for some reason your nose just won’t com...

A description of a trip to Sunbury antiques market with photos...